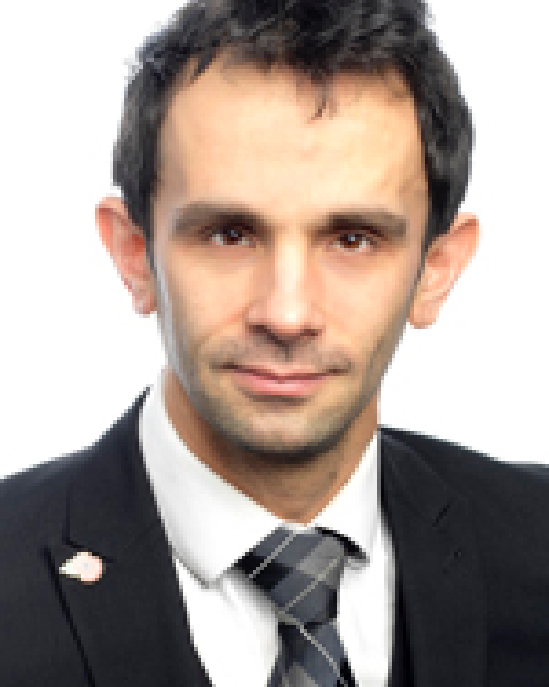 John specialises in Criminal law, as a former Solicitor and Higher Rights Advocate, he brought a wealth of experience to the Bar and now maintains a busy Criminal Practice both defending and Prosecuting. He also accepts instructions on Prison Law cases.

John maintains a busy criminal practice accepting both defence and prosecution instructions on a range of criminal matters in the Crown Courts across the North of England, North Wales, and the Midlands.

Interests Outside of the Law:

John is a keen marathon runner taking part in races throughout the UK and Europe.

John has over a decade of experience practicing in Criminal law; his practice now involves defending and prosecuting in Courts across the country, giving him an important perspective in know how to approach a case from both a defence and prosecution perspective. John is praised for his meticulous preparation of cases, leaving no stone unturned.

Before being called to the Bar in 2015, John worked in private practice as a defence specialist; appearing in the Crown Court on a daily basis and has also appeared in the Royal Courts of Justice. John's experience as former Solicitor has highlighted the importance of client care, proving to be extremely approachable from a client perspective.

John has an extensive history in accepting prison law instructions from solicitors for prisons across the country. He is experienced in representing life and IPP offenders in parole hearings, adjudications, applications for recategorization of a prisoner release and recall hearings following breach of licence condition.

John accepts Criminal Law instructions on a Direct Access basis for appropriate cases. Please refer to the below pricing range for their services; this is subject to case type, complexity and seniority or experience of the barrister. Accurate quotes will be provided prior to commencement of the work involved.

*These price ranges are based on local courts; other courts will incur a travel charge. Please contact our Senior Criminal Clerk, Paul ([email protected]) for further information*

Secured a 12-month suspended sentence for 18 months for his client who pled guilty to stealing almost £13k worth of IT equipment from Greater Manchester Police. Press coverage

Defending in 4-week multi-handed rape trial at Manchester Crown Court, involving the sexual assault of girls in a care home.

Defended Fraud and theft by postman at Chester Crown Court.

Defended allegation of sexual assault of a home owner by a contractor at Liverpool Crown Court.

"John has represented clients from our firm many times over the years and I am always impressed by the way in which he prepares his cases, being meticulous in the detail and extremely approachable from a client perspective. He defends without fear or favour and I'm aware from experience of being in court against him he's equally as effective when prosecuting."

"I have had the pleasure of working with John for a number of years now, both in matters where he was instructed to act on our behalf, and as a worthy opponent in Court. He is knowledgeable, clear in his advice, and will leave no stone unturned when fighting for justice for his client. John always goes over and above what is required of him and never fails to offer assistance when asked to do so. I would not hesitate to instruct him or recommend him to others."

I first instructed John and recall receiving an exceptionally thorough file note following that hearing. I do not think all barristers understand the importance of detailed file notes when you have not been the person to attend the hearing, so this was refreshing and it made my job much easier when it came to later speaking to the client and completing our closing letters. I later spoke to a colleague and they told me John was previously a solicitor working in criminal defence! Following this, whenever I had a trial that I needed covering, I would request John. This was with an exceptionally difficult but longstanding client of my firm. This client now asks me to instruct John, and we have done so on a further couple of cases! John is very approachable and we often speak regarding clients and possible courses of action in ongoing cases. John will always provide detailed advices and continues to provide thorough file notes whenever he has dealt with a hearing on my firm’s behalf. John is always my go-to counsel, and I believe the clerks at Kenworthy’s Chambers now know this as whenever I request counsel, he is always at the top of the list!

We were offered Mr Richards when we had to represent a defendant in Manchester to put forward an exceptional hardship argument with a view to avoiding disqualification. Mr Richards was exceptionally thorough with his preparation and attendance to what was requested. We have since instructed him on several other matters all of which received the same attention as before and were very pleased with what he was able to achieve. We are hoping to be able to send Mr Richards future instructions as and when we are in need of his services and wish him a long and successful future at the bar.